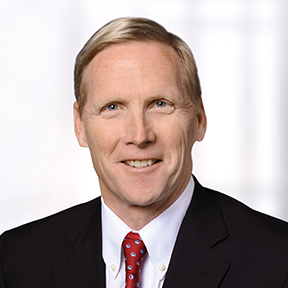 Donald Casey is the Chief Executive Officer and a member of the Board of Directors of Dentsply Sirona. He has more than 30 years of global health care experience and an outstanding track record in identifying and commercializing medical innovations. He joined Dentsply Sirona in February 2018. Prior to that he served as Chief Executive Officer of the Medical segment of Cardinal Health, a leading manufacturer and provider of medical products and supply chain services to hospitals, laboratories, physician offices, surgery centers and other sites of care across the health care continuum. Under Don Casey’s leadership as the CEO of the Medical segment, he repositioned the segment and delivered consistent revenue and operating income growth, meaningful margin expansion and helped position the segment for sustainable growth going forward.

Prior to Cardinal Health, Mr. Casey served as Chief Executive Officer of the Gary and Mary West Wireless Health Institute, a non-profit research organization focused on lowering the cost of health care through novel technology solutions from 2010 to 2012. Previously, Mr. Casey served as worldwide chairman for Johnson & Johnson’s comprehensive care group and a member of the company’s executive committee, where he oversaw its cardiovascular, diagnostic, diabetes and vision care franchises around the world. Mr. Casey began his career with Johnson & Johnson in 1985, advancing into executive positions throughout the company’s consumer, pharmaceutical and medical device franchises.

Mr. Casey serves on the boards of AdvaMed and the James Foundation. Previously, he also served on the boards of Surgical Specialties (formerly AngioTech) and West Corp. He earned a bachelor’s degree in finance and a master of business administration degree from the University of Notre Dame.