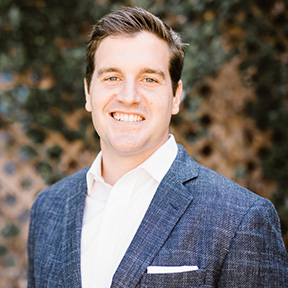 Jordan was promoted to the role of Chief Executive Officer of SGA Dental Partners after serving as the company’s Chief Operating Officer for nearly two years. During his time as COO, Jordan led the company through a transformational growth phase, improved operational efficiency, and successfully navigated the COVID-19 pandemic. Jordan joined SGA Dental Partners after serving as a director of operations for DaVita, Inc, a Fortune 500 healthcare company. Dating back to his time as a Marine officer, Jordan has a history of developing high performing teams in challenging operational environments.

Jordan joined DaVita after serving eight years in the Marine Corps. A graduate of the United States Naval Academy, Jordan flew assault transport helicopters in multiple combat theatres including Northern Africa and the Middle East. After leaving the military, he earned his Master’s degree in Business Administration, graduating with honors from the Stephen M. Ross School of Business at the University of Michigan. Today, he serves as a board member of the New York Chapter of Folds of Honor Foundation.