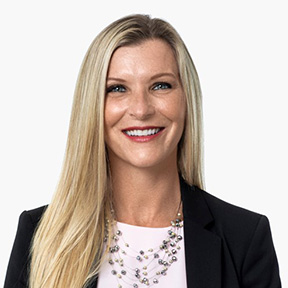 Shawna Eury is the Divisional Vice President of Florida for Dental Care Alliance. Shawna began her career with DCA in 2009 as a Patient Service Representative; however, within two months she was quickly promoted to an Office Manager. Shawna’s passion for the profession, outstanding customer service and excellent business acumen allowed her to be promoted to an Area Manager within one year and she received a subsequent promotion two years later to the Regional Manager, Central Florida position.

As a Regional Manager of seven years, Shawna was responsible for the largest region in the Florida division consisting of nineteen practices. In addition to her fiscal responsibilities, Shawna successfully managed recruitment and retention efforts, patient satisfaction initiatives and cost control measures. In December 2018, Shawna was promoted to Director of Operations, Florida Division. In this new role, Shawna supported DCA by identifying, analyzing, developing and implementing best practices throughout the organization. In addition, Shawna was an integral member of the Business Development team as she was responsible for the successful integration of newly affiliated practices nationwide.

Within a year, Shawna was promoted to Divisional Vice President of Florida overseeing eighty practices. With oversight of seven Regional Managers, Shawna consistently focuses on collaborating with the field and offering guidance to empower the team to continue to thrive for success. Considering Shawna’s journey, it is no surprise she has a passion for unleashing career potential and nurturing continued growth of team members wanting to move to the next level.

Shawna has two beautiful daughters which are her passion. In her spare time, she enjoys exercise and playing the piano.