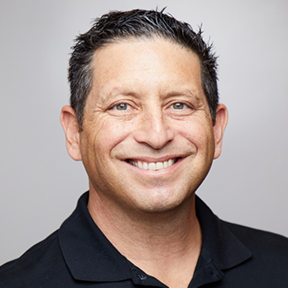 Before joining Smile Brands, Steve was Vice President Finance for Vivra Incorporated (NYSE: V), which operated 250 dialysis clinics in 29 states and specialty physician networks and practices in 15 states. Vivra was the second-largest provider of outpatient kidney dialysis services in the United States, caring for approximately 15,000 end-stage renal disease patients. He was with Vivra during its growth from approximately $150 million in annual revenues to over $700 million and through its successful sale. Steve oversaw M&A activities, corporate finance and certain specialty business units.

Previously, Steve was Chief Financial Officer at SCRS, Inc., a provider of speech, occupational and physical therapy with 70 locations in 10 states. SCRS provided rehabilitation therapy to approximately 40,000 patients annually, primarily in the skilled nursing environment. He participated with SCRS in its growth from $4 million in annual revenues to over $70 million. Earlier in his career, as a manager with Ernst & Young, he provided services to high-growth technology and healthcare organizations.

Steve was also honored with the Excellence in Entrepreneurship Award from the Orange County Business Journal for his role in founding and developing Smile Brands Inc. and led the Smiles for Everyone Foundation to two American Red Cross Humanitarian Awards, NEA’s Humanitarian Award and numerous other international awards related to its ongoing services, including recognition by the governments and/or monarchies of Paraguay, Thailand and Ghana. Additionally, Steve led Smile Brands to be honored with Inc. Magazine’s Inaugural Hire Power Award for creating and sustaining job growth, numerous inclusions on Inc.’s Fastest Growing Companies in America list and was honored by CEO Connection and the Wharton School as Mid-Market CEO of the Year for Social Impact.