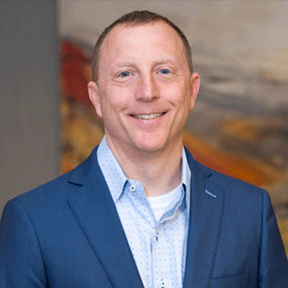 Brian Colao is the Director of Dykema’s Dental Service Organizations Industry Group. Brian has been in the dental space for over 25 years. He is widely regarded as one of the foremost authorities in the United States on DSO formation, DSO business structures, DSO related mergers and acquisitions, and regulatory compliance for DSOs including the corporate practice of dentistry, illegal fee splitting, advertising regulations, laboratory regulations, patient finance regulations, billing regulations, HIPAA regulations, credentialing, permit and licensure regulations, marketing regulations, and labor law regulations affecting dental practices.

Brian specializes in the representation of DSOs nationwide in the following areas:

In recent years Brian has successfully resolved on behalf of his clients several significant civil and criminal Medicaid fraud investigations and state dental board actions alleging the corporate practice of dentistry, fee splitting and related violations, and he is the “go to” person in the industry for all manner of regulatory issues. Brian has handled some of the most significant transactions in the DSO industry. In recent years Brian has handled hundreds of significant dental transactions on behalf of buyers, sellers, minority investors, and lenders. Brian has developed many of the industry-leading protocols and procedures for conducting due diligence prior to purchasing or extending credit to Dental Service Organizations.

Brian currently has clients in all 50 states and six Canadian provinces, and has appeared before all 50 U.S. dental boards and the territory of Puerto Rico. Brian has handled numerous cases of first impression involving the corporate practice of dentistry and fee-splitting nationwide that resulted in legal opinions that defined and established the law in the DSO industry.

Brian sits on the Board of Directors of Women in DSOs, a nonprofit professional association created to empower women in the DSO space and grow future women leaders of the industry.

In addition to his work with the health care and dental industry, Brian has a nationwide practice that focuses on all facets of complex commercial litigation, including contractual disputes, franchise disputes, issues of corporate governance, breach of fiduciary duty, theft of trade secrets, unfair competition, covenants not to compete, patent, trademark and copyright infringement, fraud and deceptive trade practices, disparagement, lender liability and other business claims.

Throughout the past several years, Brian has served as lead trial counsel in many significant commercial disputes pending in more than 25 different federal districts in over 20 states. He has appeared as lead counsel in numerous state court cases pending in at least 10 states and three Canadian provinces. He has also represented clients in domestic and international arbitration proceedings pending in New York, London, Zurich, Costa Rica, Los Angeles, Atlanta, Dallas, Houston, Orlando, New Orleans, Miami and Jacksonville. Over the course of his career, Brian has tried in excess of 50 cases to judgment including jury trials, bench trials, and domestic and international arbitration proceedings.