The Dykema DSO team proudly welcomes international women’s soccer star Mia Hamm to the stage of our 2021 Definitive Conference for DSOs. Mia Hamm is largely considered the best female soccer player in history and the player who put women’s soccer on the map.

Hailed by ESPN as the greatest female athlete of the past 40 years, Mia was the youngest woman to ever appear in a match for the U.S. Senior Squad at just 15 years old in 1987. During her illustrious career playing for the national team, Mia shattered a litany of American records, most notably those for international goals (158) and assists (144).

A five-time U.S. Soccer Player of the Year, she won Olympic Gold Medals in the 2004 and 1996 Summer Games, adding a Silver Medal in the 2000 Games. In 1991, she was the youngest U.S. woman ever to be part of a World Cup championship team. She was a four-time NCAA champion at the University of North Carolina. After 17 years, two World Championships, two Olympic Gold Medals, and near unparalleled success as a marketing icon, Mia retired from professional soccer in 2004 as not only the best women’s soccer player in history but also as one of the most important and recognizable female figures in the history of sport. She was inducted into the Soccer Hall of Fame in 2007.

In the years since her dominant run on the global stage as a player, Mia has continued to serve as an inspiration to young girls looking to rise to the pinnacle of the sporting world. Dubbed by People Magazine as one of the “50 Most Beautiful People in the World,” Mia Hamm devotes much of her time to charitable causes and the promotion of women’s sports.

Mia has maintained an active presence within the soccer community and has served as an outspoken advocate for Title IX and gender equality across sporting lines, all the while cementing her status as the face of not merely a sport but rather of an entire generation of female athletes through her Foundation. Mia is also part-owner of the Los Angeles Football Club (LAFC) of Major League Soccer (MLS).

Today, Mia Hamm continues to inspire a new generation of young girls and audiences worldwide. As our keynote speaker, Mia will energize you with her masterful storytelling that incorporates the importance of drive, positive self-esteem and perseverance in fueling team members to work together to achieve goals. Join us and walk away with renewed motivation and commitment to being the best. 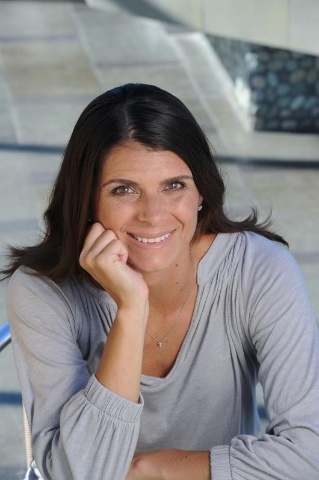 This year’s keynote speaker is proudly sponsored by