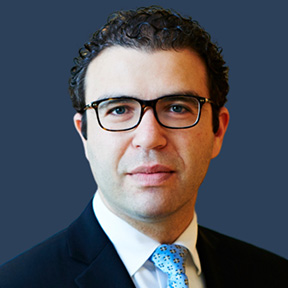 Robbie joined Clairvest in 2010 and participates in all areas of the investment process. Clairvest is a Toronto-based private equity fund with $3.4B in assets under management.  Clairvest partners with owner-operators to help them grow their business, most often in minority positions.  Robbie has served on the Board of multiple Clairvest investments including: ChildSmiles (DSO in northeast US), Lyophilization Services of New England, KUBRA, Digital Media Solutions, Cieslok Media, Brunswick Bierworks and Meadowlands Racetrack. Prior to joining Clairvest, Robbie worked as a Senior Case Team Leader for the Monitor Group based in New York. Robbie also previously worked in the investment banking group of Credit Suisse in Los Angeles focused on leveraged finance and mergers and acquisitions. Robbie earned his MBA from Northwestern University’s Kellogg School of Management, which he graduated from with the Dean’s Award for the Top Academic Achievement (first overall standing). Robbie also holds an HBA from the Richard Ivey School of Business, which he graduated from as an Ivey Scholar.